I have been tagged.

I have been tagged by Cathy (Ellieskeeper), so here are my answers. I unfortunately do not know 5 other bloggers yet to pass this on to, but will do once I get to know more people :-)


1. If a movie was being made of your life who would you like to be cast to play yourself? and why?

I would like Kirsten Dunst to play me as she is the only blonde actress at the moment who could demonstrate my bouncy character as a teenager.

My first two weeks would have to be Jeremy Clarkson, because he has such a wicked sense of humour, I also love his coloum in the sun and watch top gear just for him. he should be knighted, he is pure genius and says things just how they are.

Second two weeks would be Tony Blair, he drives me potty and I want to pin his arms to his side when he talks as he looks like he really wanted to be a conductor as a child not a politician.

3. What are your three favourite crafting products?

4. If you could invent something to do anything what do you think it would be?

Not sure, something to help children not have tantrums would be fab at the moment (you can tell I have a 2 year old son!)

5. What are the last three books that you read?

Don't watch either - my tv has Bob the Builder or Thomas on during the day!!!

7. Docrafts or Dovecraft or DCWV?

8. What is your claim to fame?

I don't really have one, sorry. If I think of anything will edit the post!
Posted by Victoria at 14:41

Victoria
United Kingdom
Hi Welcome to my blog, please feel free to look around and leave a comment if you like a card. I only ask that you do not copy or use one of them to enter a competition with. If you want to contact me my email is Angeldrummer@hotmail.co.uk

I have guest designed for

Ex DT Member and past owner 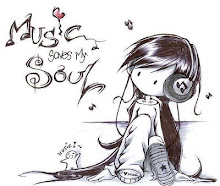